The Wizard of OZ by L. Frank Baum:L. Frank Baum author of the book was born in 1852 in New York, U.S.A. He was as a boy loved reading stories. He specially like fairy tales. When he grew up, he ran a theater. Latter, he had a shop. But he always loved telling stories. Children came to the shop to hear his stories. Then he began writing his stories down. He wanted to write fairy tale that was not too scary. When it was finished he read it to his children. They ask him the name of the place in the story. He saw the letters “O-Z” on a filling cabinet. SO he told them that it was the land of OZ. He wrote seventeen more books about the wizard of OZ. The most famous was made in 1939. The story has been made into films many times. You can get Summary of The Wizard of OZ by L. Frank Baum.

About Wizard of OZ

The Wizard of OZ is a story about a trip to a magical fairy land. But not every thing in the story is make believe. At the beginning of the story there is cyclone. The cyclone carries Dorothy’s house to the land of OZ. A cyclone is a storm that move in a circle. Wind inside cyclone can reach 800 KM per hour. Another name for a cyclone is tornado.

Tornado happen all over the World. They are special strong in the mid Western states, where Dorthy is from. People there build undergrounds room to hide from Tornado in. These room are called “Storm Cellars” or safe rooms. Some people have been carried of by Tornado’s. In 1912 two boys were picked up by a Tornado. They were in a small boat in a lake. One boy was thrown from the boat and killed. The other boy held on to the sides of the boat. The Tornado put him down safely. Hundreds of meters from the lake. He did not remembered what had happened.

The story begin with Dorothy lived in farmhouse in Kansas. As the cyclone approaches, Dorothy went for Toto(her dog) & the house shook and rose slowly into the air. There are series of adventures for Dorothy till she finally reached her home. After Cyclone she met the scarecrow, a man with no heart, the lion. Then the adventure of the poppy field, the great terrible wizard, the prisoners, back to the emerald city, the great humbug, the magic of Oz, away to the south, at Glinda’s castle.

Finally Dorothy meet Glinda, the good witch, who gave her silver shoes. Which took her to her home and her Aunt Em. While aunt Em was working in her garden, she looked up and saw Dorothy. She held little girl in her arms and said: What a lovely surprise. Where in the World did you come from, Dorothy? From the land of Oz said Dorothy and Toto was their with me too. And aunt Em, i am so glad to be home again. 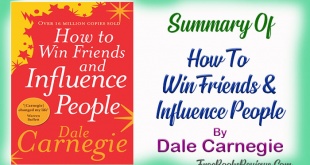 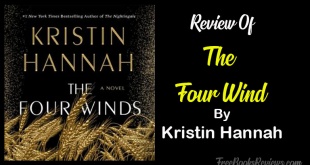